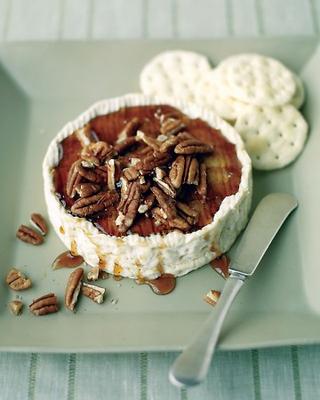 8 pecan halves or a small handful of pecan pieces

Combine fig preserves and rosemary in a small mixing bowl. Spread over the top of the trimmed Brie.

Bake 8 minutes. Arrange pecans over the preserves and bake for an addition 5 minutes. (Or if you’re using pecans that are already toasted, just put them on when you pull it out of the oven after 13-15 mins.)